In this article, I will be reviewing 4 of my personal favorite book series from when I was ten: Wings of Fire, Harry Potter, Percy Jackson, and A Wrinkle in Time.

Reading is vital to kids, especially at the age of ten. It expands their vocabulary and enhances creativity.

These books can also be a great gift option for friends and/or young family members. If you are looking to buy a ten-year-old some books (keep in mind: these are all book series), then here are some of my recommendations:

This jaw-dropping classic is guaranteed to impress anyone that has the courage to pick it up and dive into this magical world of Hogwarts. Living in a tiny closet with his horrible Aunt and Uncle and a bully of a brother, Harry Potter receives a mysterious letter via owl, that is about to turn his life inside-out. Introduced into a world full of magic and adventure, Harry and his new friends have to confront all the problems Hogwarts presents.

Rick Riordan never fails to entertain, especially when it comes to his most famous kids series, Percy Jackson. This action-packed novel allows you to walk in the shoes of a demigod, (the child of a god and mortal) experiencing what it would be like to be the son of Poseidon (the Greek god of water). Percy has ADHD, which is causing him to have a lot of trouble in school. “Lately, mythological monsters and the gods of Mount Olympus seem to be walking straight out of the pages of my Greek mythology textbook and straight into my life!” He explains. Percy has to figure out what his going on between him and the Greek gods, who he has accidentally angered!

A Wrinkle in Time 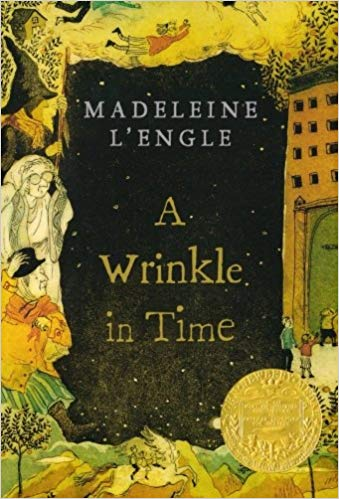 As you step into the shoes of 12-year-old Meg, an insecure middle schooler, you watch as she takes part in an abstract mission with her brother, Charles Wallace, and her friend Calvin O’Keefe. The point of this mission is to rescue her father, a scientist, from the planet that he is trapped on. The three children learn that the universe is being threatened by the “Dark Thing”, which, taking the form of an enormous cloud, is enveloping all the planets and stars around it. Several planets have already been engulfed, including Camazotz, the planet on which Mr. Murry (Meg’s father) is imprisoned.

One thought on “Best Book Series For Kids Age 10”