“I’ve never turned to anybody for advice and counsel. Even when I was

a very small child, I had to stand on my feet because of the

remained more or less the same. I have to take my own decisions”

Indira Priyadarshini Gandhi was one of the most influential politicians of India, being the only woman to become prime minister. Due to the age of political change she was thrust into, Gandhi had to adapt and mold herself with very little support from others to fit into society, and have any chance at political success. Even at a young age she served as a role model—whether it was throwing away her beloved dolls because they were made in England, or leading a group of sixty thousand others to make flags and convey messages at the age of twelve. Although she lost in her attempt to get elected for her fourth term, she quickly realized why and adapted to win the next elections in a landslide victory. Lastly, she took into consideration the people’s education, health, and well-being to not only change herself, but change schools and healthcare programs for the better.

Gandhi was introduced into a very prominent family in 1917. “Almost from the moment she was born, her life was steeped in politics. Her father, Jawaharlal Nehru, was a leader in the fight for India’s independence from British rule, so it was natural for Indira to become a supporter of this struggle” (Singh, M.K). Due to her political family, Gandhi was exposed to politics at a young age. She immediately fell in love with it and knew that when she grew up she wanted to be a politician. Gandhi was looking for any way to get involved, and “the 5-year-old chose to burn her own beloved doll because the toy had been made in England” (Indira, Biography.com). Gandhi was eager to support her parents in the fight against Britain. Later, when she was 12, “Indira played an even bigger role in India’s struggle for self-determination by leading children in the Vanar Sena. The group grew to include sixty thousand young revolutionaries who addressed envelopes, made flags, conveyed messages and put up notices about demonstrations” (Singh, M.K.). Her ability to adapt to the political landscape was already displaying itself at an early age.

Gandhi was born during a turning point in political times. She, therefore, had to change and adapt to this. It was this aspect of her that made her so successful as the first and only woman to be prime minister of Independent India. “She served as Prime Minister from January 1966 to March 1977 and again from January 1980 until her assassination in October 1984″ (Indira, Newsmakers). However, in her attempts to get elected for her fourth term, being “unable to permanently stave off challenges to her power” (Indira, World), she failed to obtain the role of Prime Minister of Independent India. She knew she was doing something wrong, so she changed. She realized what she needed to do, and created her own political party, called the “Indira Congress”. With her immense party full of supporters, she won the next general elections in a “landslide victory” (Indira, Newsmakers) and was restored as India’s prime minister. This is one of many examples that show how Gandhi was able to realize her mistakes and learn from them to win the next elections.

Gandhi was extremely valuable to India. Being re-elected as prime minister of India four different times, she was one of the most successful due to one main one main trait: Her ability to adapt and change to the political landscape that made her so successful in politics. She was already being a role model at a young age, by throwing her dolls away because of where they were made, and leading a group of sixty thousand others to make flags and convey messages at the age of twelve. Also, although she lost in her attempt to get elected for her fourth term, she was able to quickly realize why and changed herself to overcome her opponents in a landslide victory in the next election. Lastly, not only did she change herself, but she changed education systems and healthcare because she truly cared about others. “Within a few years, Gandhi gained enormous popularity for introducing successful programs that transformed India into a country self-sufficient in food grains—an achievement known as the Green Revolution” (Indira, History.com) The Green Revolution led to an increase in food grain production, allowing farmers to sell many more products. This is one of many examples that demonstrates how Gandhi’s skill to adapt and change to the political landscape gave her a huge advantage over her opponents, and is what made her so famous. India wouldn’t be as advanced as it is today without Indira Gandhi, who was “voted the greatest woman of the past 1,000 years” (Indira, World).

“I have lived a long life, and I am proud that I spend the whole of my life

in the service of my people. I am only proud of this and nothing else. I

shall continue to serve until my last breath, and when I die, I can say, 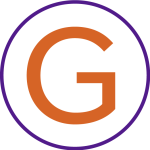